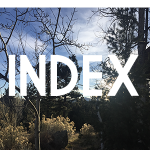 Fennel (Foeniculum vulgare) is a flowering plant species in the carrot family.[2] It is a hardy, perennial herb[3] with yellow flowers and feathery leaves.[4] It is indigenous to the shores of the Mediterranean but has become widely naturalized in many parts of the world, especially on dry soils near the sea-coast and on riverbanks.

It is a highly aromatic and flavorful herb used in cooking and, along with the similar-tasting anise, is one of the primary ingredients of absinthe. Florence fennel or finocchio (UK: /fɪˈnɒkioʊ/, US: /-ˈnoʊk-/, Italian: [fiˈnɔkkjo]) is a selection with a swollen, bulb-like stem base that is used as a vegetable.

Cunningham tells us Fennel is associated with Prometheus and Dionysus. USed in healing and purification sachets.  Hung in windows to ward off evil spirits.

Associated with the Planet Mercury and the Fire element

Fennel has Yellow  Energy. Here is a link to the Fennel Blogs in the Crystal Inner Circle.

Link to Fennel Blogs in CIC (you must be logged in)